A love song gone wrong. What song is running your business?

Today, Jose is a thriving college sophomore and a dear friend, one of the most wise and resilient people I know. He was once a Little Brother I mentored. I share his story with full permission.

We met when Jose was 12.
He could barely read or do math. He had just started selling drugs in a gang.

But those challenges were minimal compared to what almost destroyed him: the Mexican love song.

Just as Jose began his freshman year in high school, he fell in love for the first time.
A girl who was a junior took an interest in him. It was crazy, amazing love.

He quickly realized that she was the most beautiful woman in the world, and that they would be together until death.
That is until she unceremoniously dumped him a few weeks later.

At first, Jose was disappointed but not devastated. Tragedy averted.

Then things took a bad turn.
His disappointment morphed into despair and anger. He railed against her obvious betrayal, lies and deceit.

“She never loved me!”
“She lied to me all along.” “My mom knew she would betray me.”

His suffering far outlasted the length of the actual relationship. His despair dwarfed his previous joy.

As I listened closely to Jose, the words of heartache and betrayal sounded oddly familiar — like words I’d heard before. But where?…. 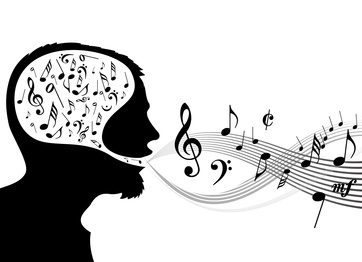 Finally, it hit me.
His words reminded me of some of the popular love songs I’d heard when I worked in South America. In those songs, love could be blissful. But love was also oh-so-torturous.

I asked him, “Bro. Have you been listening to Mexican love songs?”
His eyes opened wide with disbelief, and he exclaimed, “How did you know that?!”

“Because you sound like one. You’ve got to stop listening to them. They’ve possessed you.”

He did stop.
And within 2 weeks he was a new Jose. Heart healed. Back to full energy and focus. A normal kid.

This isn’t an indictment of Mexican music.
That’s the music Jose likes, and every culture has its dramatic songs. Thank you, Adele.

Love songs aren’t just songs.
Songs reshape our minds with lyrics and melodies that evoke vivid pictures and deep emotions. If you listen to them repeatedly, they’re like subtle mind-control devices.

The reality of your song becomes your new reality, and you begin to think and act as if that reality is true.

Jose had been swept into a new reality that guided his decisions, words and actions.

What is the song you play in your head?
Is it a Mexican love song? A military march? A song of resilience and strength?

The stories you tell yourself (aka, lyrics) and the mood/attitude you’re feeling (aka, melody) are mind control-devices that drive your decisions, actions and behaviors, just like the love songs did to Jose.

Jose had an easy fix.
His songs were external, so he could just stop listening to them.

For the rest of us, it’s much more subtle.
We don’t recognize music and lyrics in our head as “songs.” We call them “reality” and we keep listening. But those internal songs you’re playing control your mind just like Jose’s Mexican love songs did.

If you’re not happy with the way things are going in your world, it’s time to change your song. You’re the DJ of your life.

What songs are playing in your head? Are they getting you where you want to go?

Please comment below and let’s build a new playlist together. What is your go-to song when you need to be your best? I like “Let It Be” by the Beatles or “I’m too sexy” depending what I need more of that day. What about you?