What I learned from an illiterate kid – Lesson 2

José couldn’t read, write, or do math when he was 12. Last weekend, he graduated from Xavier University ready to change the world.

And he will. After all, he’s developed a secret power.

Few people will overcome odds like José did. But it is very possible.

Will you apply José’s secret powers to make your own miracles?
It helps to have an inspiring reason to develop those powers.

What would wild, meaningful success look like for you?  In those brief moments of quiet when your attention isn’t flooded with noise, activity, and distraction, what bigger dream stirs within you? 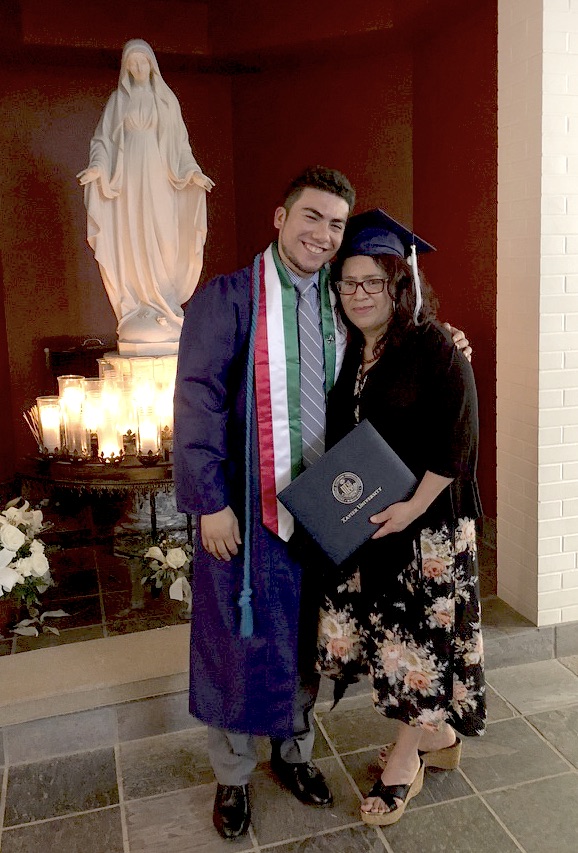 This post is about how you can apply the second lesson, starting today.

Who are you taking advice from?
As a teenager, Jose recognized that there was an enormous obstacle he needed to deal with. You have it, too.

It’s right under all of our noses, yet unless you have a trained eye, it’s completely invisible. It’s like a secret power in all of us that can be developed for good or evil.

It is: How do you talk TO yourself ABOUT yourself?
All day long, you have a running conversation in your head, assessing and explaining your past, present and future life experiences. Everyone does.

Yet, it’s so constant and so common among all of us that it’s like breathing. We aren’t fully conscious of this talking. It’s just there.

Still, we’re always listening — whether our thoughts are wise or uninformed, courageous or fearful.

Most of us believe what we think.
But . . . if you want to do bigger work in the world, believing everything you think can be a limiting and dangerous practice.

If all of this sounds like nonsense to you, 12-year-old José thought so, too. Now, he uses this knowledge as his Miracle Making Machine.

Change your conversation. Change your world.
Over the past 11 years, how José talks TO himself ABOUT himself has completely changed. As a result, so has his world. Cause and effect. Mind over matter.

And it’s wrong.
If you want to create a miracle, you can’t wait until things go well to start thinking better. That’s the secret power: you can learn to manage your thinking, regardless of what the outside world brings you.

There is a cause and effect. It’s just opposite of what you were taught.
If you want to create your own miracles, you must change the way you think and talk to yourself, now. Then, your world will begin to change.

Many people were entertained by the post, A Love Song Gone Wrong, where José’s thoughts took him down a rabbit hole of lovesick misery. Yet, the insights he gained from pulling himself out of the rabbit hole fueled much of the change that followed.

When José started talking to himself differently, he had no idea where things would end up. He just knew he could talk to himself better.

Each phase of change makes the next phase possible.
He could never have considered adopting Les Brown’s “I am highly favored and truly blessed” when he was telling himself “I’m dumb. I’m stupid.” You can only see your next step, not all steps.

What are you saying TO yourself ABOUT yourself.
So, you want to change the world? Before you start telling everyone else how they need to change, follow José’s lead. Change your conversation.

What is one slightly better thing you could start saying TO yourself ABOUT yourself? Please share a comment below.

Do you see yourself in José?
How much more powerful and effective could you be if you talked TO yourself ABOUT yourself in a more powerful way? That’s one of the things people learn in the Building a Mind to Win program. Especially when you can’t afford to fail, achieving mastery like José did is a huge x-factor to success (or failure.)

If you have big work to do, what would it be like to remove all the unnecessary friction that could slow you down? Read more here about Building a Mind to Win.