Today, I’m re-sharing one of my most popular posts. With just a couple of edits, it seems highly fitting for these COVID19 times.

If you are feeling any additional stress these days, this could be very useful….I hope you’ll share this with the people you care about.

A few years ago, I witnessed a dear friend (let’s call him Todd) living through the most difficult experience of his life. Over many months, his situation got so bad it seemed almost inescapable to him. The challenges he faced would make even the toughest among us blanch.

At one point, he was ready to just check out, not in a healthy way. Standing in his shoes, I could understand why.

We all felt helpless. 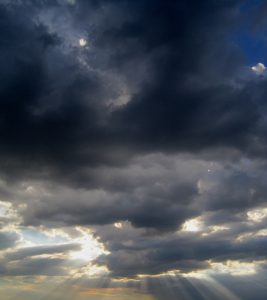 When Todd hit his lowest point, he became unreachable for several weeks. None of his friends could connect with him to offer direct support. We couldn’t find out how he was doing. We grew incredibly frustrated, feeling helpless and even angry at times.

How do you react when you feel completely powerless in a situation you care about deeply?

Here’s what I did when I felt helpless about Todd:

It changed nothing.
When Todd’s situation hit its worst and I couldn’t reach him, I spiraled downward. I had trouble sleeping. I got a terrible cold. I struggled to focus on my work. I was short with friends. I even yelled at the Panera manager…he did give abysmal service with a bad attitude, but still, I overreacted.

My spinning mind and resentment helped nothing and no one, especially not Todd. In fact, it only hurt us all.

Does any of this remind you of yourself when you’re feeling powerless and frustrated about something that matters deeply to you?

“Reality always wins…but only 100% of the time.” Byron Katie*
I was fighting reality. No one, especially Todd, liked his situation. But at that moment, that’s how it was.

I kept investing my energy and attention resisting the facts of the situation because I didn’t like them. I kept swirling on how to turn back time.

I lost any clarity and power I had. Instead of finding productive ways to support Todd in the future, I gave my energy and attention to fighting things that wouldn’t change.

Because I chose a battle I could never win, I felt constantly unhappy. Reality always wins, but I picked a fight with it anyway.

If you’re like me, you’ve been believing 100% of what you think for as long as you can remember. Yet, in my upset about Todd, my mind started generating ridiculous and far-fetched thoughts about what would happen to him.

Because I actually believed my made-up thoughts, I was making myself miserable—and powerless.

I’m the bad example here…but don’t you do this, too?
Tell me that you haven’t at some point worked yourself into a frenzy…believing a swirl of negative thoughts you’d made up in your head. You were investing your best resources in fighting reality because you actually believed every thought that came flying out of your mind.

When you lose your cool, you lose your power.
When you start to believe your swirling, self-fabricated negative thoughts, you are not helping yourself or the people you care about.

The more I focused on fighting Todd’s reality instead of accepting it, the more resentful and helpless I felt. By draining my power, I was rapidly making myself less useful for him.

Your fast, creative, problem-solving mind has a shadow.
When you let your powerful mind get stuck in a negative thought loop, you pour your power down the drain. You and I do it in small and big ways every day. It limits your ability to deliver the goals that matter to you and wrecks your relationships with the most important people in your life.

When you take a risk for something or someone you deeply care about, obstacles will block your path. But how you react to those train wrecks is up to you.

“Rest your mind in your heart.” Ramana Maharshi (paraphrased)
One of the greatest meditation teachers of the modern age, Ramana Maharshi, offers a simple solution that sounds almost Pollyanna. Surely, this seemingly soft notion has no application in the real world. Yet, I believe more strongly than ever that it does.

After over a week in a torturous, reality-fighting thought loop about Todd, I remembered Ramana Maharshi’s teaching. As you know for yourself, re-focusing your mind to a positive place is not just a Pollyanna move. It helps you restore the best in you—your most powerful self.

I shifted my mind’s focus to my heart. In this instance,

Todd’s situation hadn’t changed.
But I was coming back to full power. That felt much better to me, and Todd told me later that my new calm and confidence was helpful to him.

What happened to Todd?
Well, he did hit rock bottom, and he suffered greatly. He gave up completely. Then, he got some help and dedicated himself to the hard work of becoming stronger. He still has his struggles. But today, he says he doesn’t let the small stuff bother him like it used to. He’s been growing into a newer, stronger version of himself. His resilience could be the topic of a thousand books and blogs. His struggles have transformed him.

What’s on your mind today?
Are you having a mental fight with things you can’t change? If so, how powerful do you feel, right now?

Are you believing every thought that’s arising in you, even if they’re completely ungrounded and reactive? How’s that working out for you?

The problem is not your reactive thinking.
EVERYONE has downward spirals. It’s how long and how far you let them go. It’s how you train yourself to play at full power, even when there’s little reason to hope.

Your biggest dreams deserve the best of you, right?

*If you’d like more support on how to tame your spiraling thoughts and feelings, I highly recommend Byron Katie’s book, Loving What Is. A beautiful book with powerful “how-to” tools, illustrated with real-world stories.

You can also inquire about my next Mind to Win program for hands-on training and coaching about how to build the best, most resilient version of you (and your entire team) even as the challenges grow more intense.